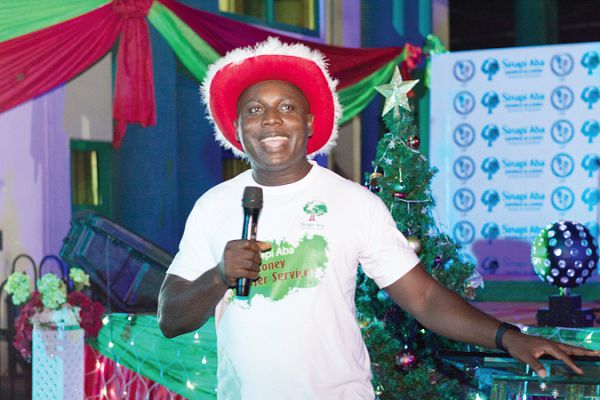 The board, management, and staff of Sinapi Aba Savings and Loans Ltd, raised over GHC 60,000 to support the operations of the Mother and Child Unit of the Komfo Anokye Teaching Hospital (KATH) in Kumasi. The fundraising was done in collaboration with Little Steps Foundation, a non-governmental organization (NGO) that supports the operations of the unit.

In his remarks at the fundraising event on the premises of the bank, the Chief Executive Officer of Sinapi Aba Savings and Loans Ltd,  Mr. Anthony Gyasi Fosu, said raising funds to support the health and well-being of children was one of the priorities of the bank.

He explained that as a financial institution, the bank stood to gain by improving the lives of people so “we are ready to support any move to bring relief to people irrespective of their ethnic, religious, political and other social backgrounds.”

Handing over the money to officials of the unit, Mr. Fosu pledged that the donation to the unit was going to be an annual event so that many more needy children who visited the unit could access health care.

A Senior Specialist at the Pediatric Intensive Care Unit at KATH, Dr. John Adabie Appiah, narrated how some parents were unable to afford the services provided by the unit which catered for infants between the ages of one and 13 years.

He elaborated that in several instances, parents were unable to pay for the medical bills of their infants, including  “as little as GH¢35 being the cost of scan, sometimes leading to their deaths. That, according to him, had made it prudent for the staff of the unit to look for means of supporting the parents, particularly the cost of medication.

Dr. Adabie, who is also the Chairman of the Little Steps Foundation, praised the board, staff, and management of Sinapi Aba for raising such an amount towards the well-being of the children at the unit.

The money, he said, would go a long way to complement the government’s effort at providing health care for the people.